New residential developments will be required to have at least 20% tree canopy. 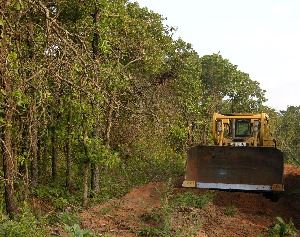 The major change requires that when a neighborhood is designed, at least 20% of the area will be set aside for tree preservation and open space. If there are no trees to be preserved, the planting of trees will be required. The area that is set aside will become common area for all future property owners within the neighborhood.

A companion ordinance was developed to allow tree removals once a plan that complies with the design standards has been approved. Prior to that, the removal of trees from some undeveloped areas will be prohibited. These changes do not impact Edmond residents within existing subdivisions or on lots less than five acres. Other exemptions may be viewed in the adopted Title 8 standards.

“I’m impressed with the big picture sense of community of the stakeholders,” said Director of Community Image Ryan Ochsner. “Throughout the three-plus year process there was respect, understanding, and sometimes compromise from all involved. The result is a set of standards that is right for Edmond and will touch the daily lives of many residents as they have the opportunity to live next to part of the historic Cross Timbers forest.”

This topic was identified several years ago by the City Council and their desire to support optimal amounts of tree canopy. The Urban Forestry Commission and City of Edmond Community Image staff began working on the ordinances in 2017 with a multitude of community stakeholders that included residents, local developers, designers and elected officials. Before the City Council vote, the fully vetted ordinances received a positive recommendation from the Parks & Recreation Advisory Board, Urban Forestry Commission, Development Impact Review Committee and the Edmond Planning Commission.

Review the ordinance changes at the links below: