The U.S. Environmental Protection Agency (EPA) first issued the rule in 1991 pursuant to the Safe Drinking Water Act. Most regulations require sampling at entry points to the distribution system. Because lead and copper in drinking water is primarily due to the corrosion of distribution and household plumbing materials, tap water samples are collected at kitchen or bathroom taps of residences and other buildings. This requirement significantly complicates sample collection, requiring you, the home owner and the City of Edmond Water Resources Department, to coordinate during the sample event.

Although lead is a known poison, the mechanical and chemical characteristics of the metal continue to keep lead as an important component in many products. In water supply, lead's durability and workability selected it for use as water pipes. Lead alloys (bronze, brass) are used for plumbing fittings. Lead solders were preferred in plumbing. While lead pipes were replaced by other materials, such as plastics, early in the twentieth century, lead alloys continued to be used. Although new lead pipes weren't installed later in the 20th century, some existing lead pipes remain in service in many cities. 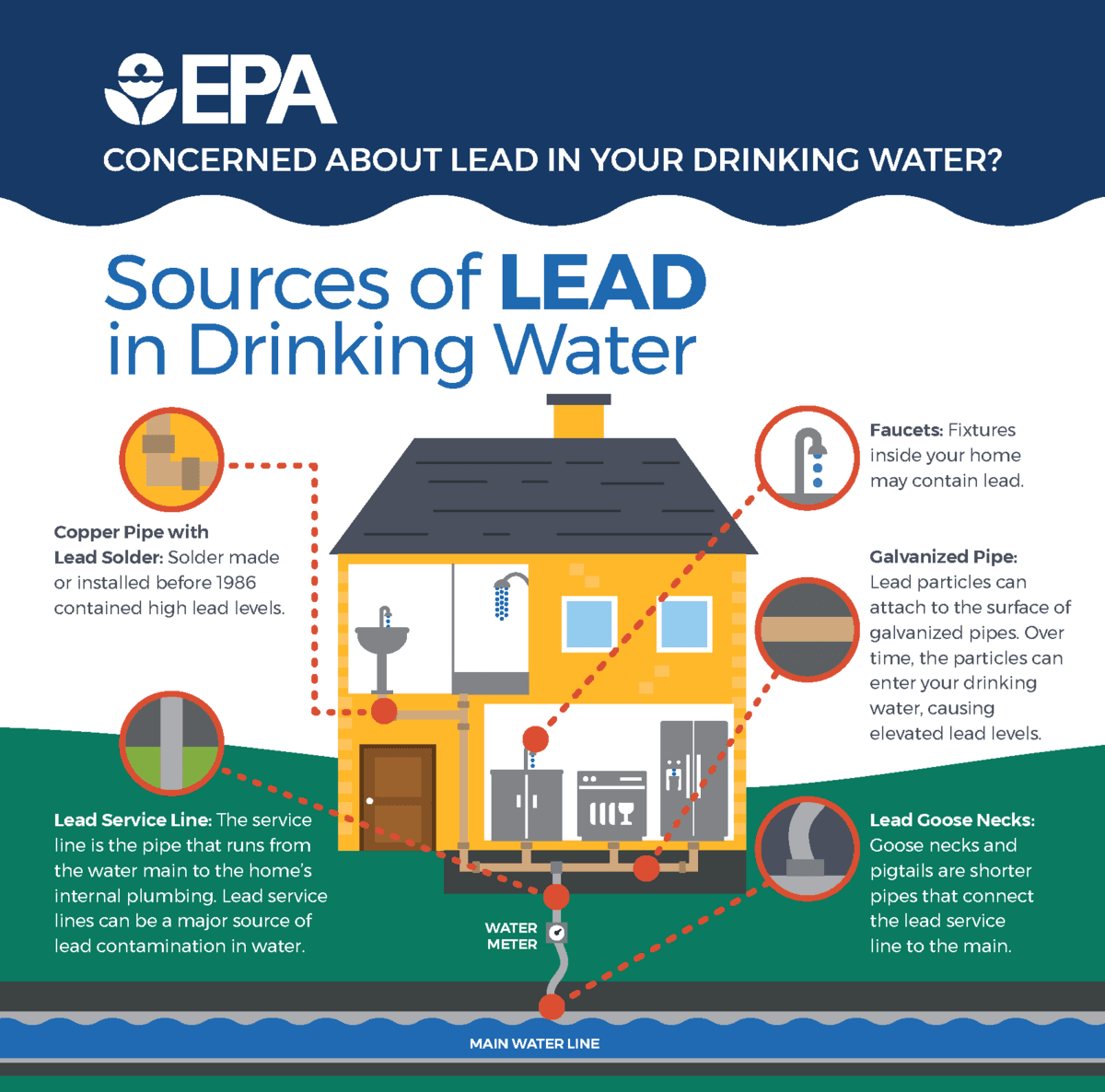 Following the adoption of the 1991 rule, public water systems serving more than 50,000 people were required to survey their own corrosion control systems and to replace their pipelines with state-approved corrosion control by January 1, 1997. Suppliers who served a smaller number of people only had to replace their pipelines if Lead and Copper levels were exceeded at the tap.

Because the source of lead and copper is generally the customer-owned piping (bronze and brass faucets, copper pipe, solder) rather than any part of the water supplier's plumbing, equipment, or even the original source of water, the Lead and Copper Rule is quite unlike any of the other provisions of the National Primary Drinking Water Regulations. To some extent, the water supplier (City of Edmond) is made responsible for the quality of water sampled at pipes and locations completely out of the supplier's control.