Now that fall has come and gone we find ourselves in the midst of winter, searching out a hint of greenery to remind us of warmer days. Whether in our own landscape or that of our neighbors, it’s always nice to see a tree clinging to its green foliage all winter long, reminding us that spring is not far away. One evergreen species that is less known and rarer than most evergreens in Edmond is the Cyprus cedar.

The Cyprus cedar, Cedrus libani var. brevifolia, is a tree native to the Troodos Mountains in western Cyprus. In its native range the species is considered vulnerable, which places it one step below being endangered. Although native to Cyprus, you can find some planted in the local landscape where they can flourish. The Cyprus cedar, which can grow to around 40 feet, has spreading branches that form distinctive horizontal layers. The short, often ½ inch, spirally arranged, dark green needles are a very nice contrast against the pale grayish-brown bark. This cedar does produce a small cone approximately 5 inches long and similar to that of other trees in the Cedrus genus. 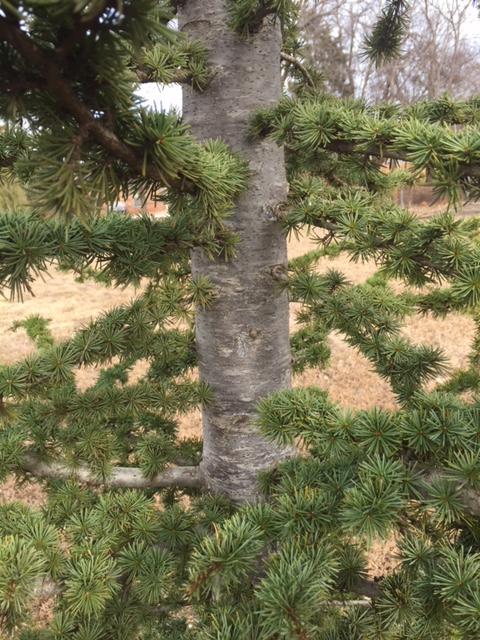 A great specimen of the Cyprus cedar is planted in the Margaret Annis Boys Centennial Arboretum, at Bickham-Rudkin Park here in Edmond. Visit the arboretum to have a look at this great and unusual tree on the east end of the trail loop. With its dark green needles staying on the branches all year long, you will never have to look far to be reminded of the greenery that trees can provide to your landscape. 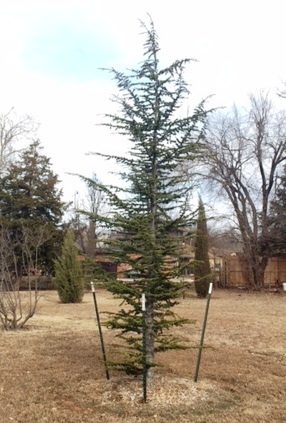