On a drive down Chowning Avenue by the University of Central Oklahoma campus early last spring, one might have observed the many young trees planted a couple of years earlier for Arbor Week 2011. However, later in the season several large evergreen trees suddenly appeared, filling out the landscape and providing some color, buffering and seasonal interest to this vast, open median. Where did these trees come from? What is their story? It is one of value beheld and repurposed for public benefit.

In 2006, the City of Edmond purchased the property housing a J.P. Morgan Chase Bank at Littler and east Second Street. Adjacent to the City First building, this acquisition added another space to the downtown municipal complex. Initial plans for the site included a new drive thru location for Utility Customer Service, but since purchase the site has mainly served as additional public parking for the downtown area. Several mature yaupon hollies grew on this site, surrounding the building, parking areas and drive thru. For seven years they continued to grow and mature here without disturbance.

In 2013, groundbreaking for a new Public Safety Center in the downtown area began. As part of this project, the old bank site across the street was to be cleared for use in staging materials, and then developed into a parking lot. The Urban Forestry Department saw value in preserving the existing, mature yaupon hollies and relocating them to enhance a more suitable site, rather than removing them outright.

In late spring of 2013, a contractor was hired to relocate nine yaupon hollies from the bank site to the median of Chowning Ave using a tree spade. Chowning runs north and south along the east side of the UCO campus. Several years ago, mature Bradford pear trees were removed here due to a storm water drainage project, and in 2011 the Urban Forestry Department hosted the City’s first ever Arbor Day tree planting to reforest the wide median. The relocated hollies were placed among these plantings and within the areas that were not included in the first phase of this landscape.

The full canopies of these evergreens greatly soften the university corridor and diversify the aesthetics of this young landscape. All of the trees fared exceptionally well during the summer months and will continue to fill an important role in this area in need of trees, with a better environment of increased growing space and resources than their previous home. Shade continues to grow on this median with the expanding canopies of the deciduous trees planted in 2011, but now even the winter months see some contrast with the presence of these mature broadleaf evergreens with their bright red berries. 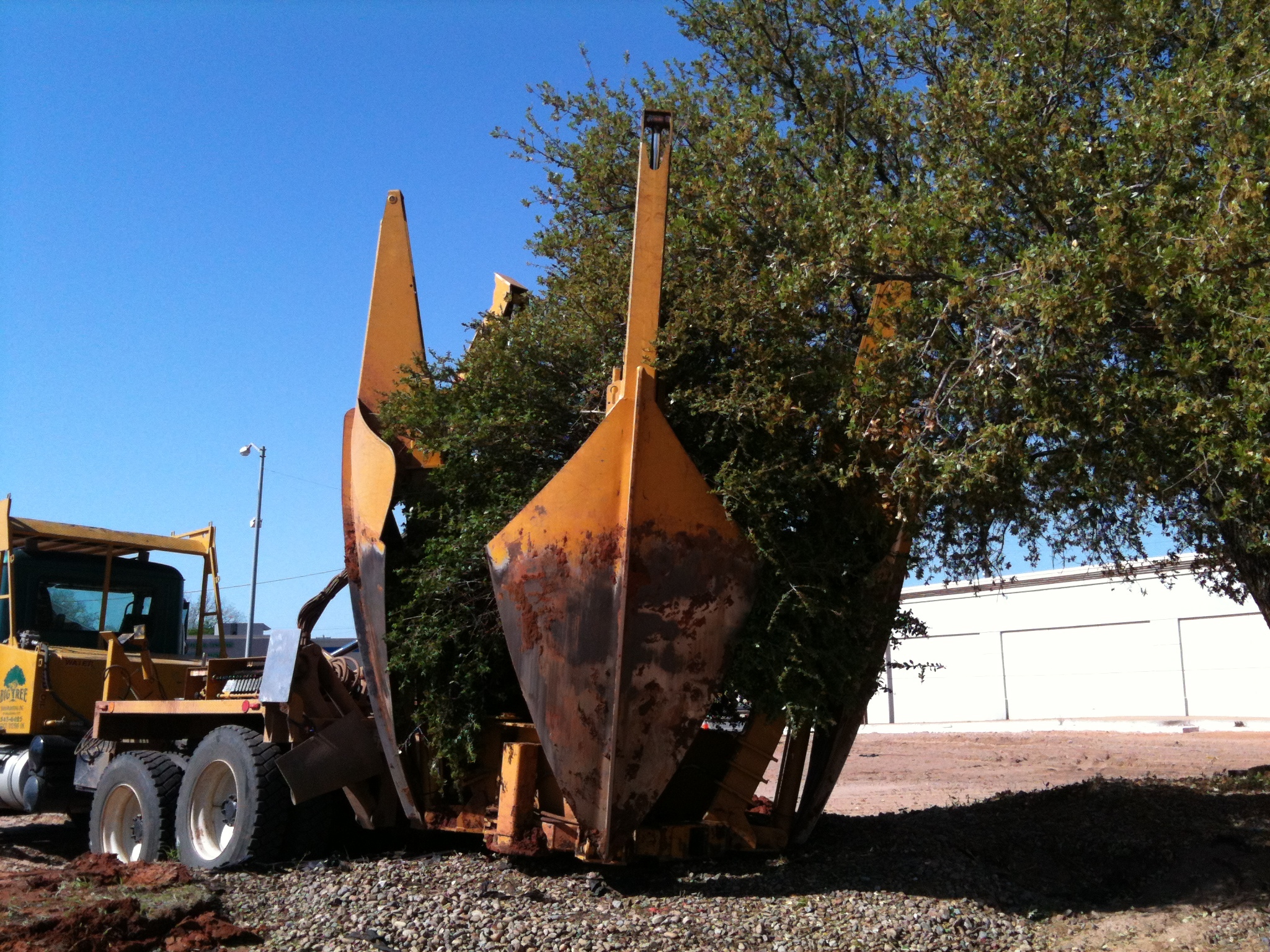 A tree spade was used to dig up the hollies from their previous site and relocate them to the median. 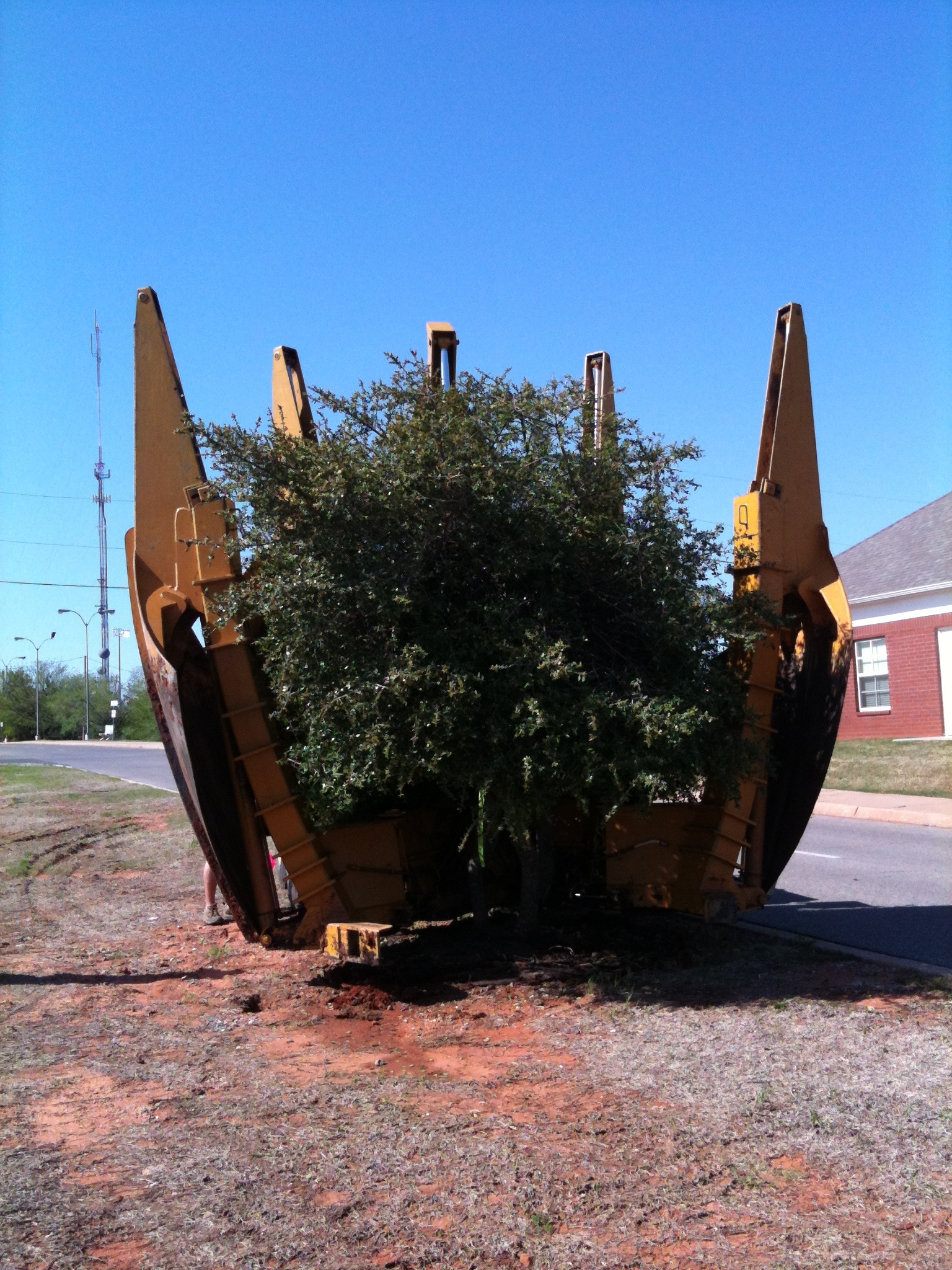 Here one of the hollies is being placed in its new home in the Chowning median. 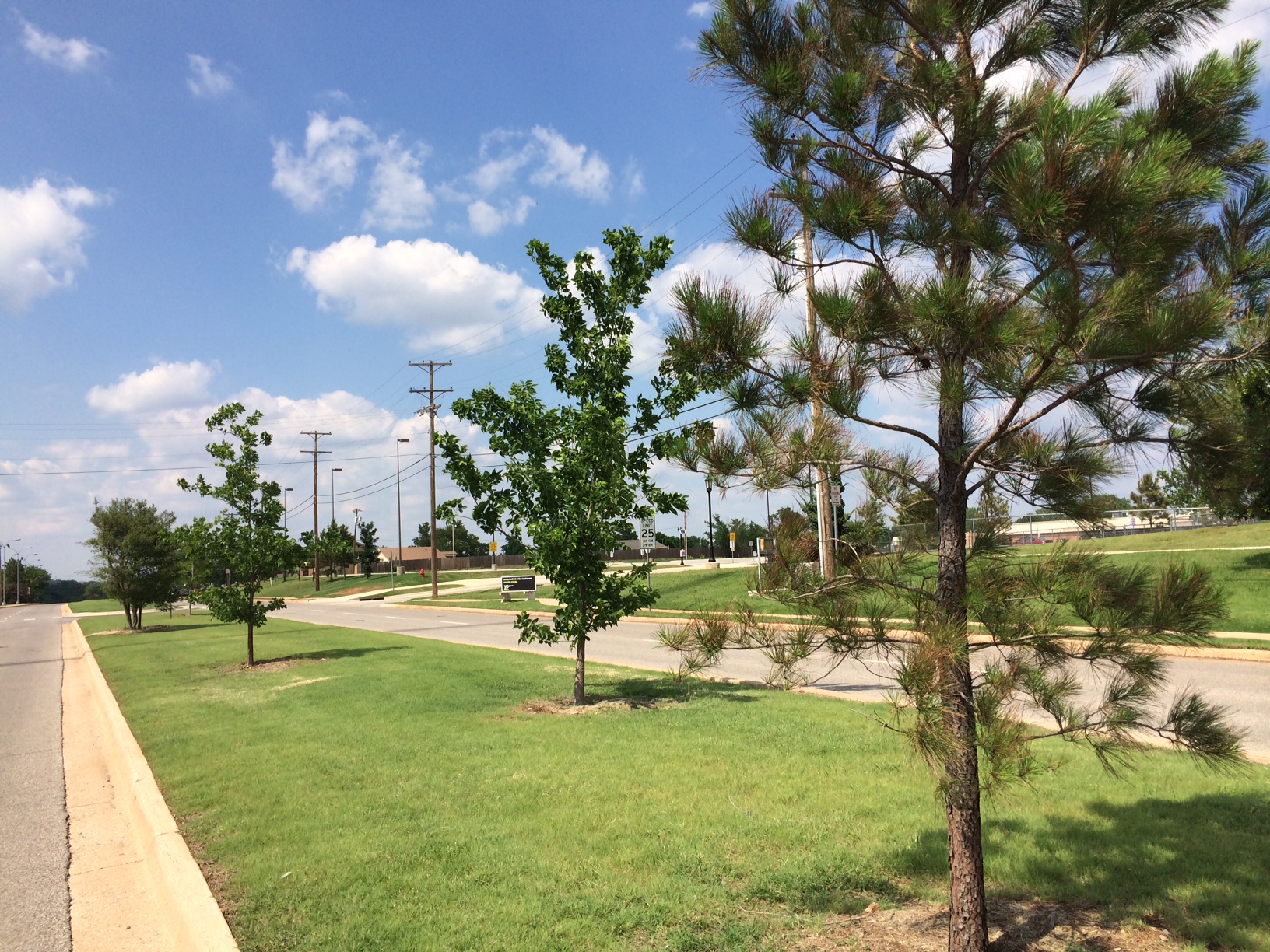 A yaupon holly shown at the far left was incorporated into the existing landscape.


Check out more topics from the Summer 2014 issue of Tree Mail.

Read the last installment of "Trees With a Story".
[]