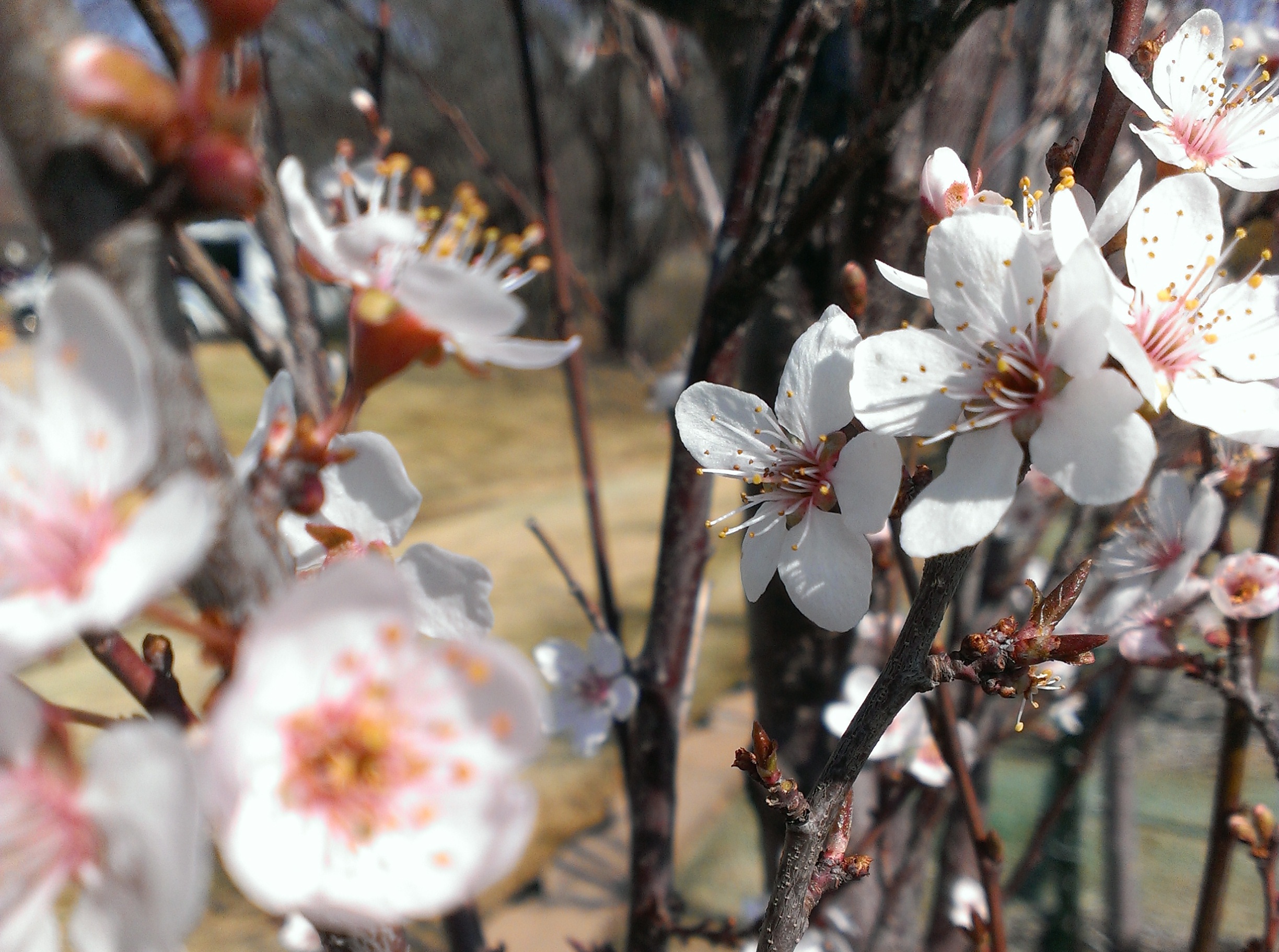 The first tree blossoms after a frigid winter are like an oasis in the desert. I keep a watchful eye out as buds began to swell and flowers begin to make their first appearance. Spring is marked on nature’s calendar by the emergence of blooms from several of our fruit trees. Peach, pear, and plum trees are dependably the earliest bloomers here in central Oklahoma.

Among these trees there are many different cultivars that do well here, but this highlight is on Prunus cerasifera, commonly known as cherry or purpleleaf plum. The early spring flowers I mentioned are small and white-- they are quite noticeable but not necessarily the biggest eye catcher when compared to other spring flowering trees such as the crabapple or Bradford pear.

Additional features that stand out about this tree are its wonderful deep purple leaves, and its small stature. The dark purple leaves emerge soon after the flowers, and their color persists throughout the growing season. This tree can make an excellent backdrop as a striking contrast to light green shrubs such as some of the spiraeas, abelias or barberry. The purpleleaf plum is not a large tree; I would plan on a mature size of around 20’ tall and a similar width. There are several very interesting cultivars, with varying forms, such as Thundercloud and Crimson Pointe. These two in particular can be seen growing along Bryant Ave north of 9th Street on the west side of the road along the Fink to Hafer Trail. These trees are part of Edmond’s electric line compatible tree demonstration area.

As you admire these trees for their ornamental value, I’d like to point out that the longevity of this tree may be limited. Even so, with proper watering, mulching and pruning I would expect a very satisfactory service life. The tree does produce a fruit, but it’s not something that is very noticeable in most cases due to its small size. Spring is a great time to plant trees. If you get a chance to plant a purpleleaf plum, next year you’ll have one of the first blooming trees of spring!

Read more from the Spring 2014 issue of Edmond Tree Mail