Trees With A Story 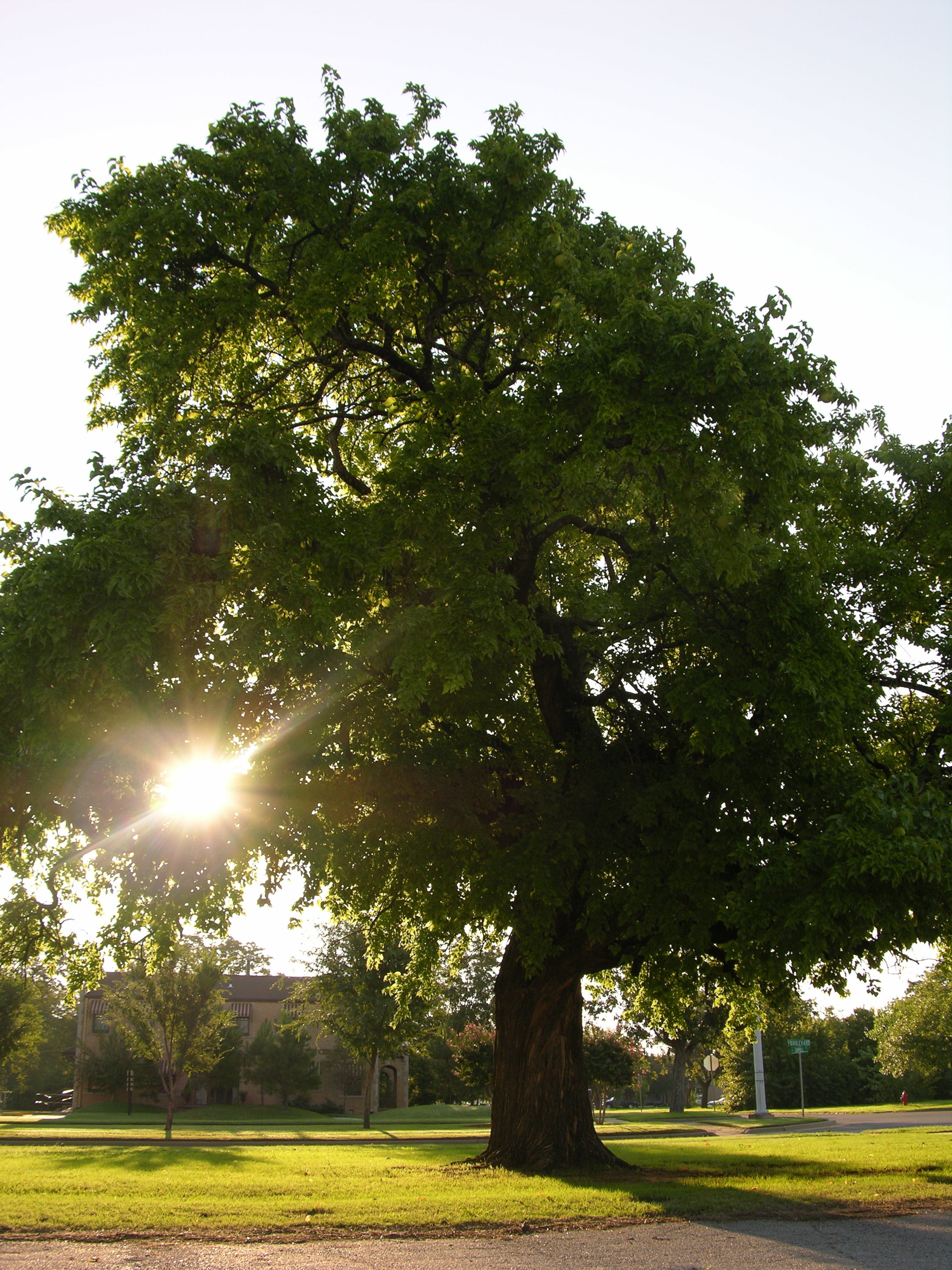 
At Boulevard and Campbell spreads a stately osage orange, a native tree with deeply furrowed orange-tinged bark and a drip line characterized by those peculiar lime green horse apples, fallen halfway through the year. This particular tree grows at 215 N Boulevard on the site of the original Mitch Park in downtown Edmond, and has seen the construction of Edmond’s first high school and the growth and adaptation of the Edmond community to the city that it is today.

In 2007, Edmond Public Schools developed a plan to install a statue near this tree. By way of some discussion surrounding how this activity would impact the quiet giant that has stood by through so many generations, the school board and the Urban Forestry Commission concluded that this was no ordinary tree. This tree was one of the first planted by settlers in the area for public enjoyment. Yet, it remained in its place through development of the “Old Edmond High School” and served as a tool for teaching high school geometry lessons. Students climbed the tree, basked in its shade and tossed the horse apples around like baseballs. One thing is for certain: this osage orange tree has impressive historical significance. The Urban Forestry Commission determined that the tree was likely to have been thriving on this piece of land on the day that Oklahoma was proclaimed a state.

It was soon nominated for the “Centennial Witness Tree” program, through Oklahoma Forestry Services and The Tree Bank.
Protective fencing was placed around the tree, and Edmond Public Schools, their architect, Bobby Chamber, and a local arborist, Ray Kellogg, worked together to make sure the tree received no harm during the process of installing the new art. For their efforts, all three were given E-Tree Awards to commemorate their outstanding efforts in preserving the significant tree.

Today, a new construction project is taking place on this site at 215 N Boulevard, and the osage orange tree’s significance has not been lost on Edmond Public Schools. Protective fencing was placed far in advance not just around this tree, but around the critical root area of other significant trees on the site as well. There is much that we can learn from specimens such as this one about how trees improve the quality of life in our communities. The trees around our homes, along our streets and in public places have the potential to serve as courageously and gracefully as this osage orange has. Recognizing the significance of one tree means recognizing the significance of all trees, and the value they can offer.

Do you know of a “tree with a story” in Edmond? Contact the Urban Forestry Department and your tree could end up in the next issue of Edmond Tree Mail!